To simultaneously connect, receive, and process information from each system efficiently, a computer with superior and stable performance is needed.

Armored Ground Vehicle (AGV), one of the core-supports in defense industry, regardless for combat or transportation, has been continuously progress on technique evolution. In battlefield, relatively speaking, AGV possesses less flexibility for movement and hiding. To heighten the speed of reaction, system performance plays an indispensable role. Facilities, computers, and displays, the components in the system, require high functionality in analysis, connection and transmission. 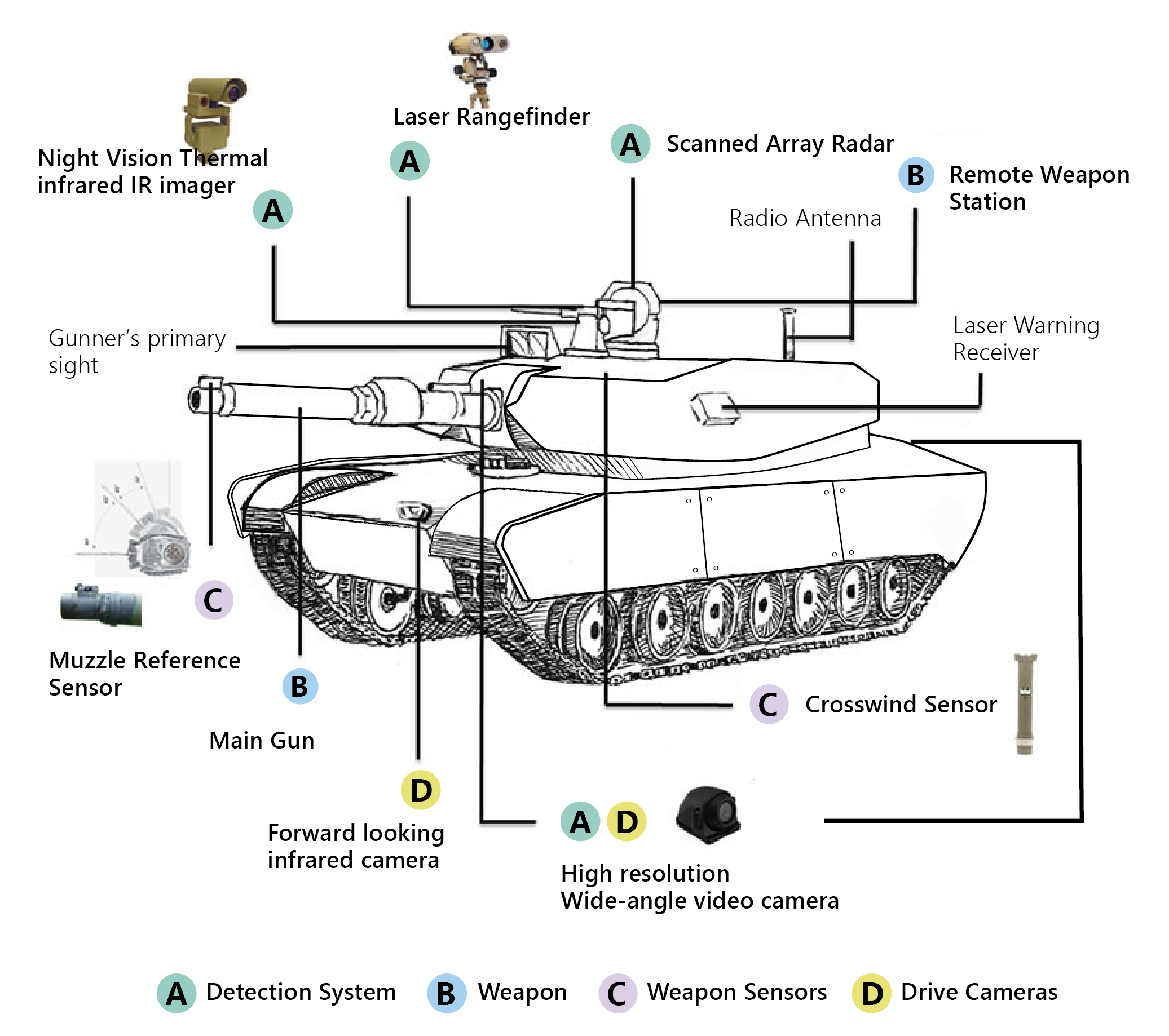 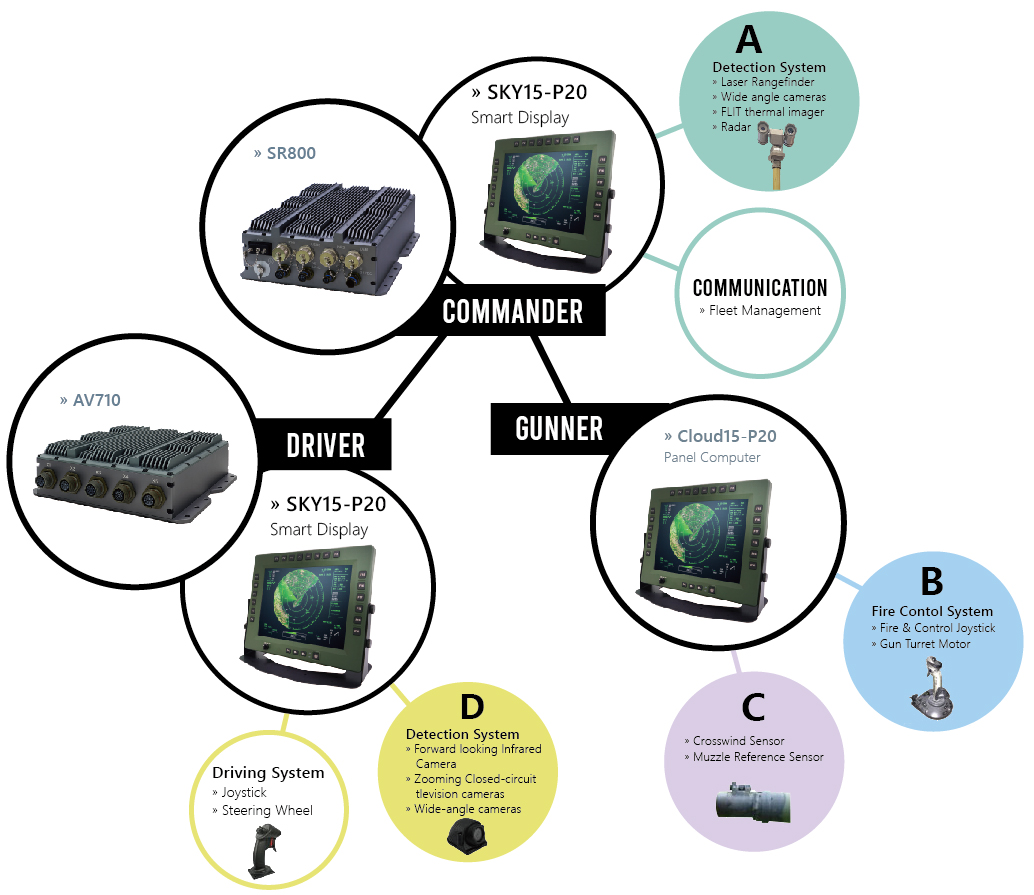 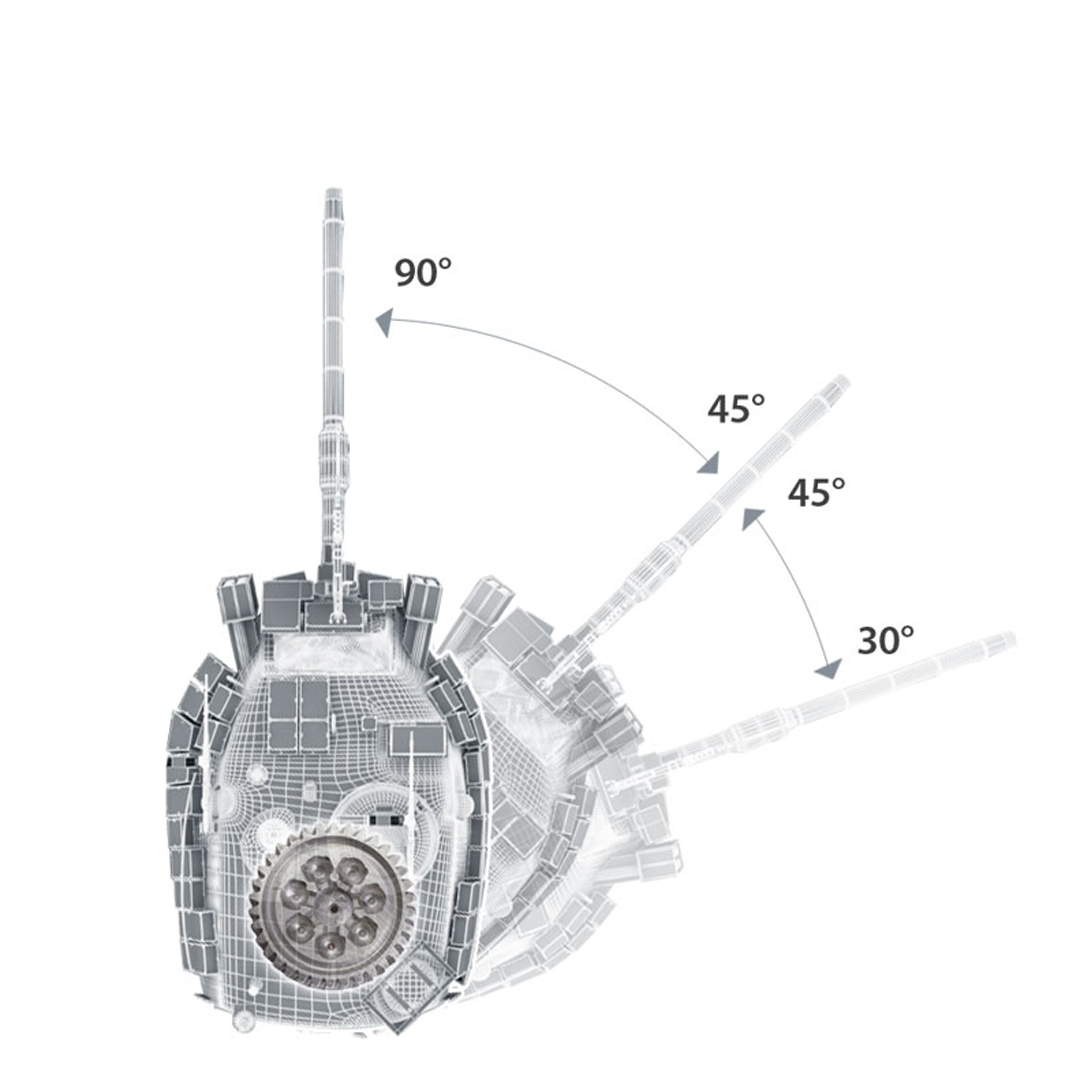 Crosswind sensor can measure real time cross wind between a distant target and the shooter, operating in both day and night operation for distances of up to 1500 m and in crosswinds of 0 m/s to 20 m/s in order to increase first round hit probability; furthermore, the crosswind measurement error should be less than ± 1.5 m/s. 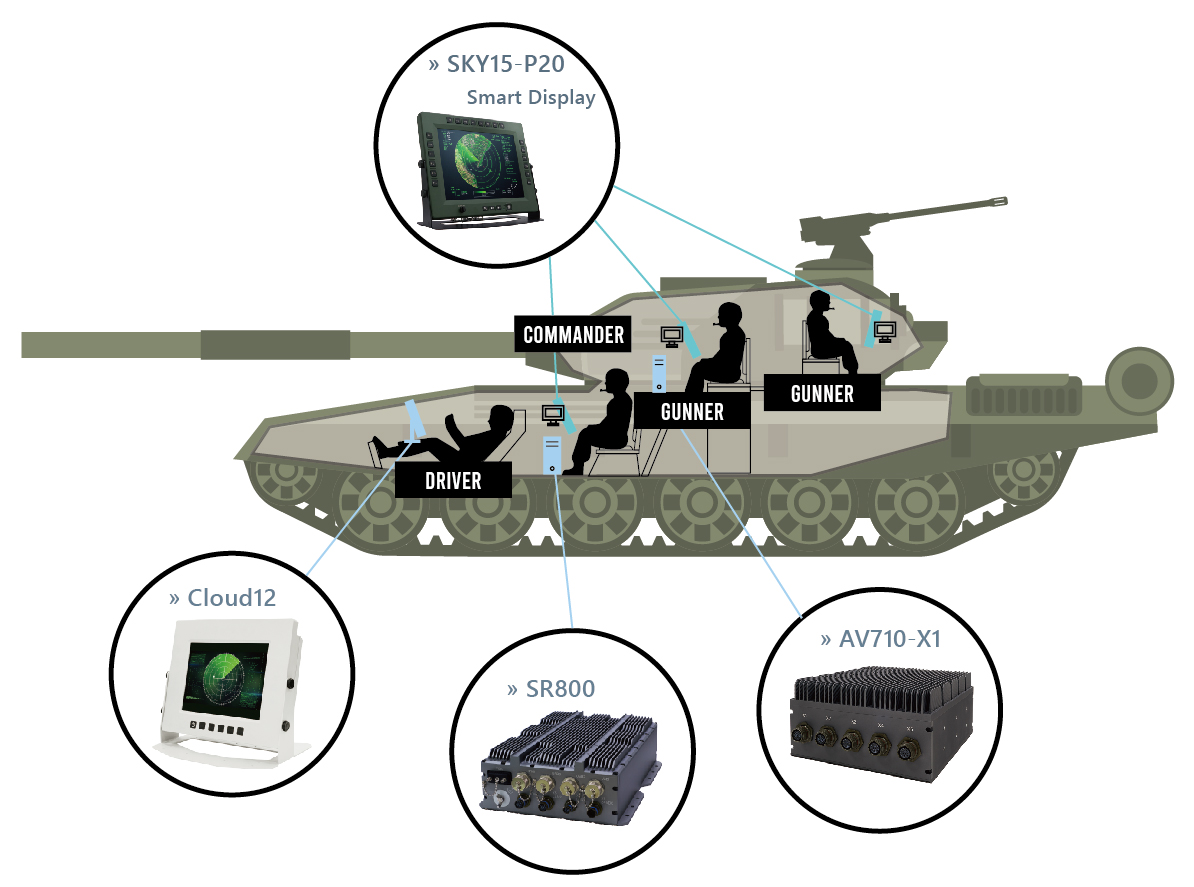 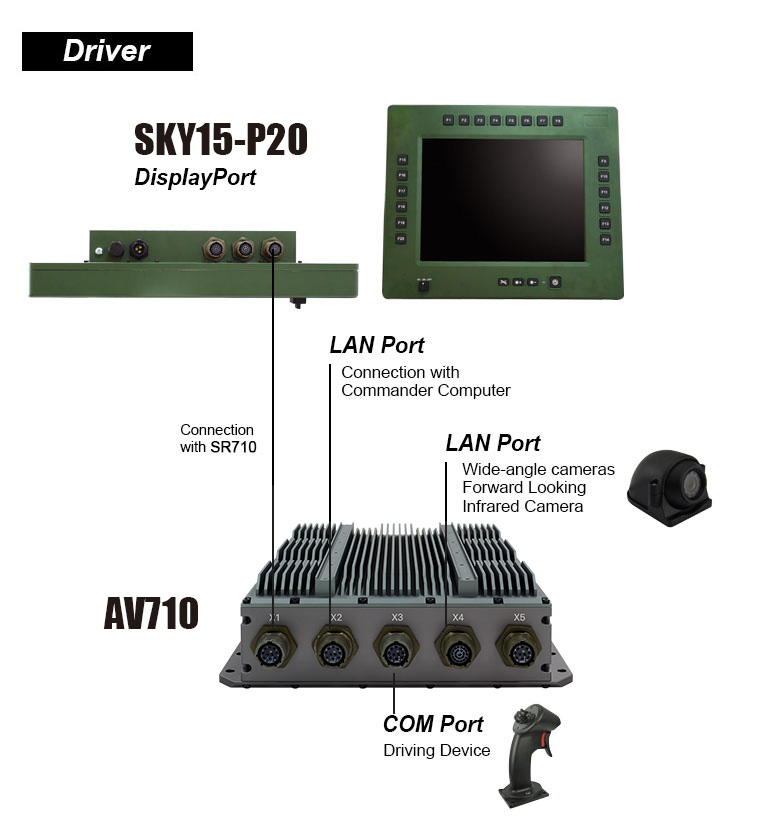 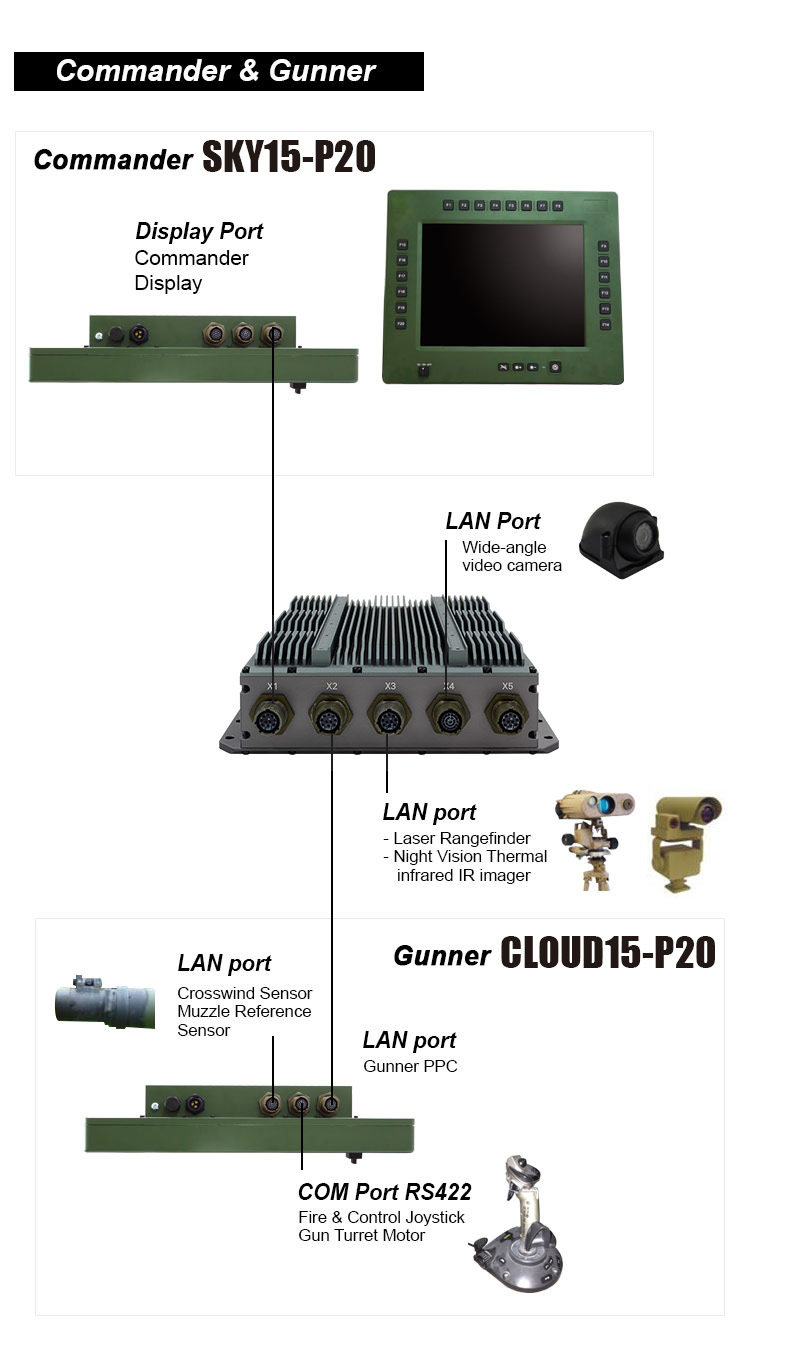 For surrounding surveillance, target detection, and safety assurance, numerous facilities are equipped on AGV for driver, commander, gunner and other crews on the vehicle. The driver has a forward looking infrared camera and a number of zooming closed-circuit television cameras for an all-round field of view, controlling the moving direction and path of AGV. While the commander and gunner are provided with multispectral sights with visible scope, thermal channels, and laser rangefinders, giving out and receiving commands after confirming the position of target and AGV itself. Furthermore, the wide-angle cameras fitted on the tank provide a full 360° all-round vision and situational awareness for the crew, enhancing and assuring the safety.

Our solutions are belief to possess great performance in cooperation with users and related equipment. The combination of our computer and display, enable soldiers to grasp real-time condition and make promptly decision under intensity.