The most demanding of all rugged development systems are military solutions as they are multidisciplinary tasks, demanding both experience and specialist skills.

Every component is crucial to the overall performance and reliability of a product over extended periods. To ensure customer satisfaction, 7starlake uses only industrial grade components that pass strict standards on vendor selection, extended temperature operation, ruggedness specification, reliability and durability. As part of our quality control measures, we maintain a database of Extended temp grade components such as CPUs, chipsets, clock generators, super IO and power supplies.

Control of heat generation and heat flow are of primary importance in protecting the PCB and its components. To accomplish this goal, the PCB, heat spreader, and case are be viewed as a single thermal system. The PCB's metal layers are designed to conduct heat in a controlled manner from one part of the PCB to another. Using materials that have a high glass transition temperature (Tg) ensures the PCB and its components will not get damaged under high-heat conditions.

7starlake complies with the IEC 60068 (Environmental Testing) standard, which ensures optimum product performance and reliability under the rigors of varying environmental conditions. This wideband extended temperature testing, from as low as -40°C to as high as +85°C, evaluates both component and system performance effectively, through dynamic temperature burn-in cycles. This high standard delivers reliability without degradation of performance or function loss. Mission-critical applications thus stay stable even under harsh environments through 7starlake's efficient thermal solutions. 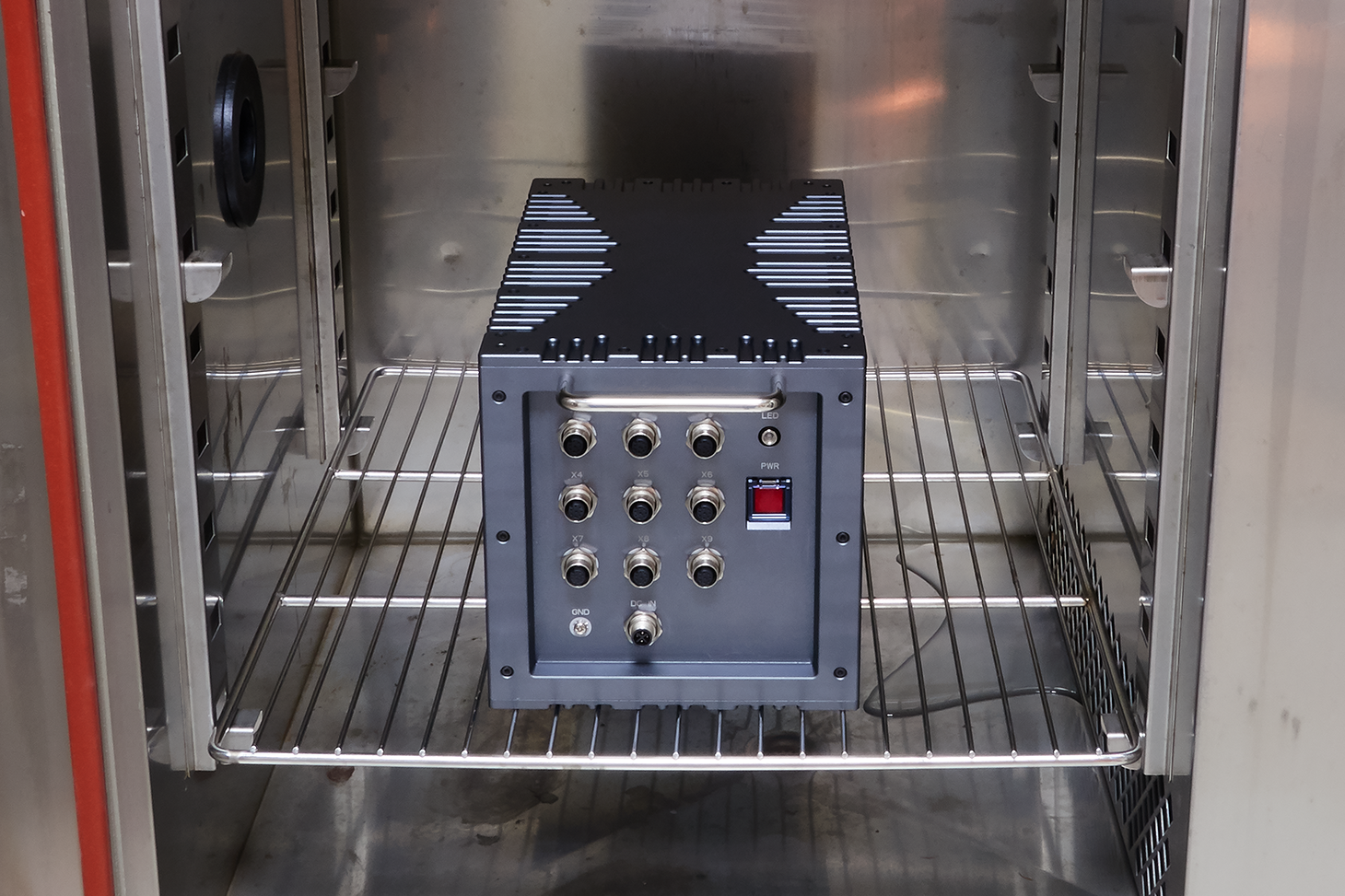 The military standard MIL-STD-810G addresses a range of environmental conditions that include:

7Starlake's computers are designed to meet the strict standards of MIL-STD 810G. When it comes to true ruggedness, MIL-STD-810G standard is considered the upmost principle. Originally established by the US government to simulate how materials would hold up to harsh environments, It provides a series of testing procedures for resistance to shock, vibration, dust, humidity, and extreme temperatures 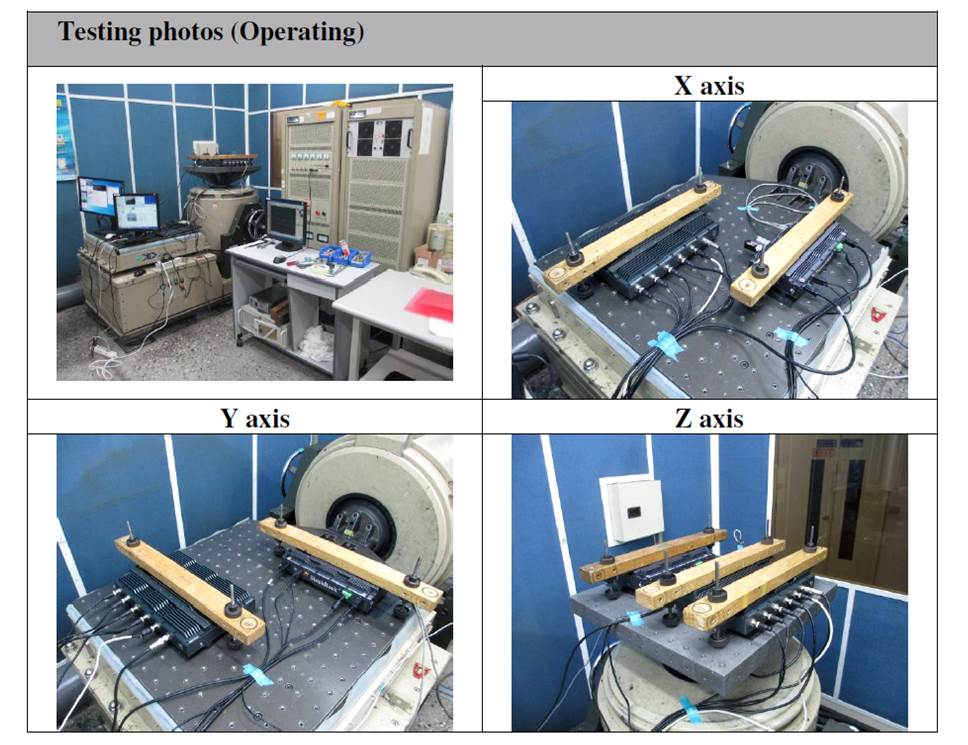 Mechanical Shock test is conducted to ensure that equipment can withstand drops encountered during handling, transportation, and normal use. The test is performed with both the system operating/non. We expose the system to 3 pulses/direction of sawtooth shock at 100g 11ms. 6 directions for a total of 18 pulses.

This testing method is broken down into two procedures. 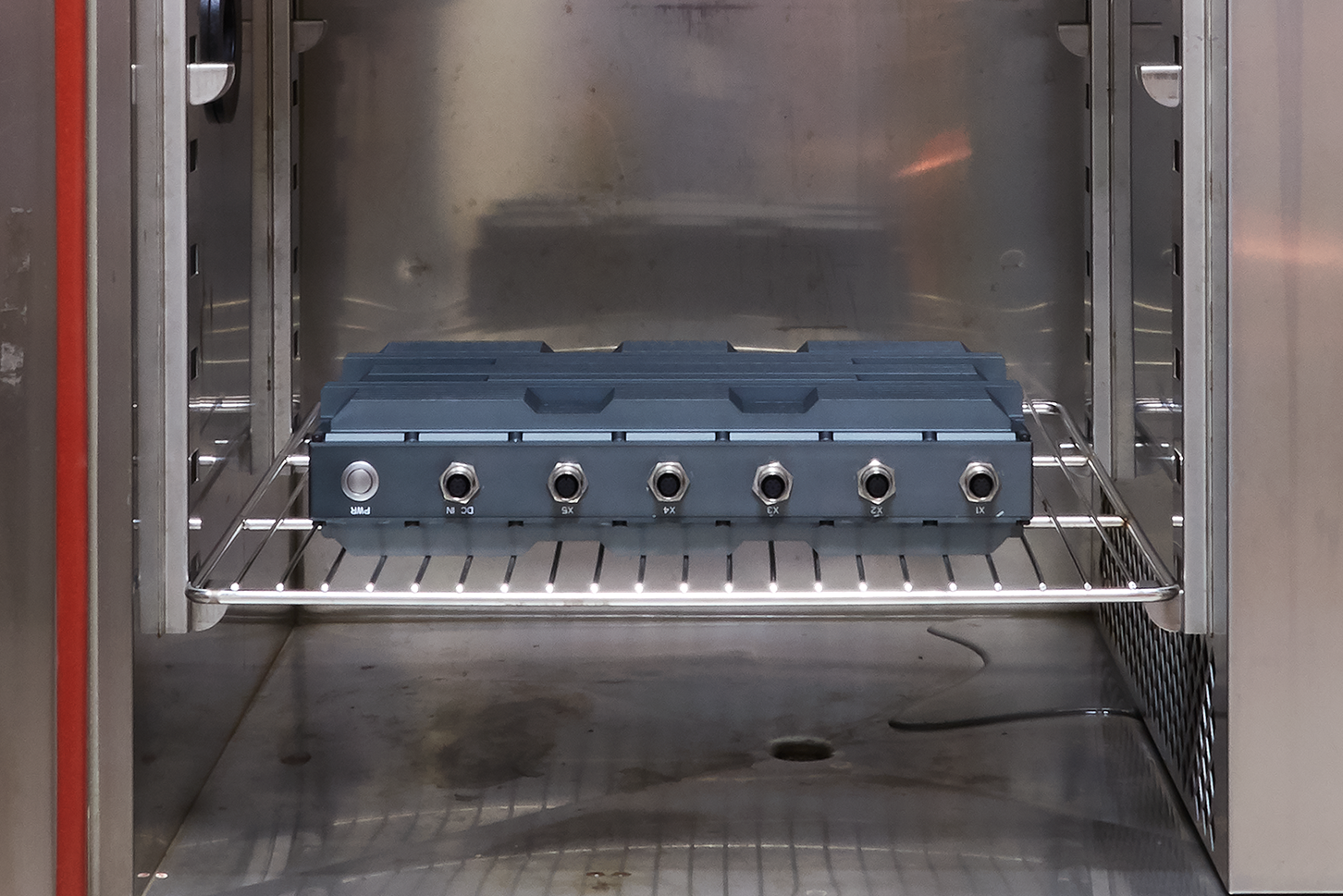 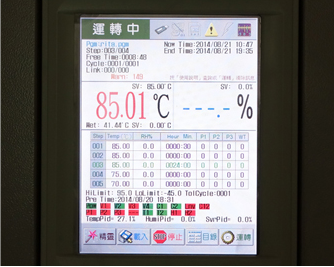 There are two parts in this test to determine whether the system can persevere in extremely cold environment. 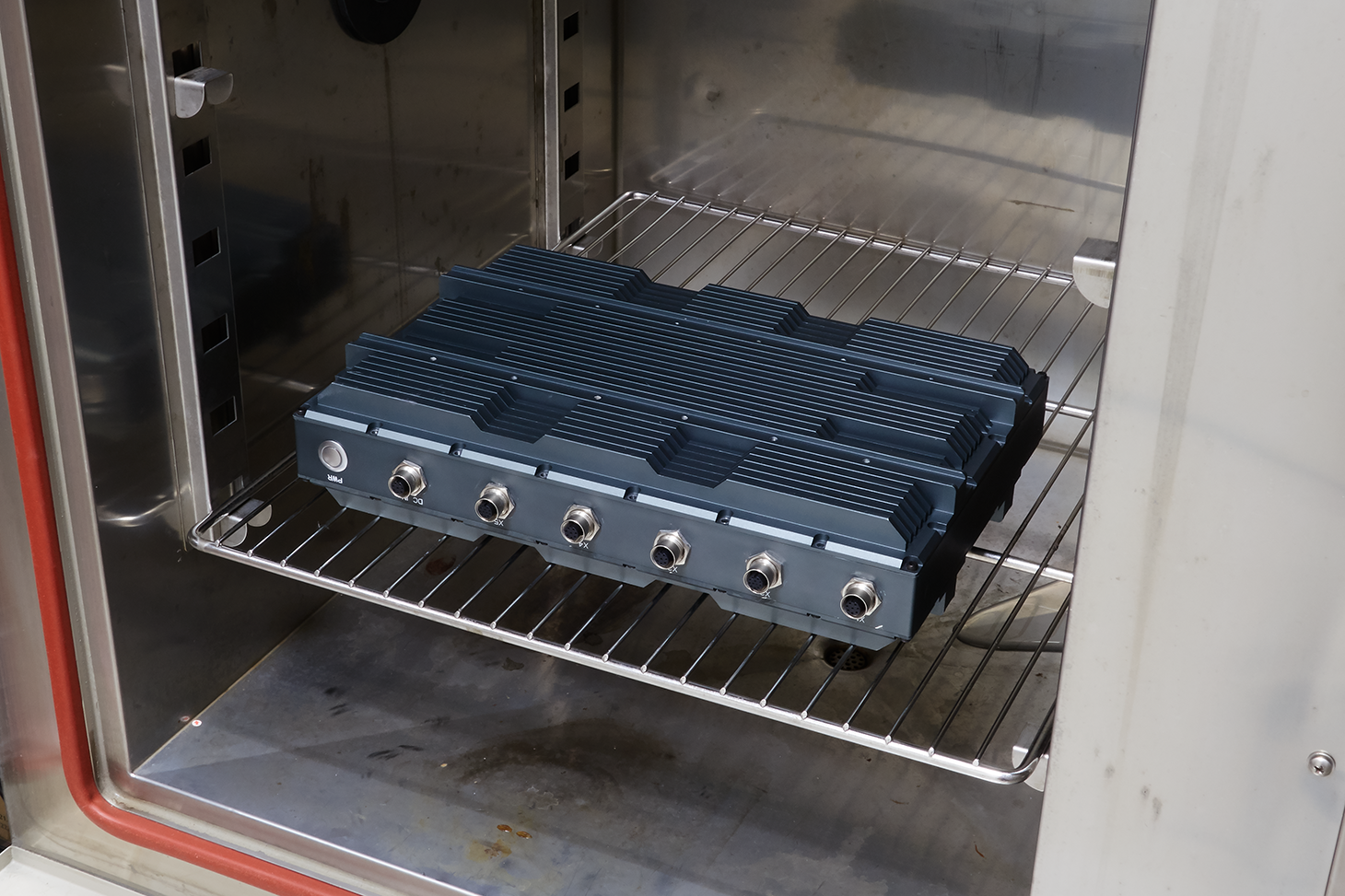 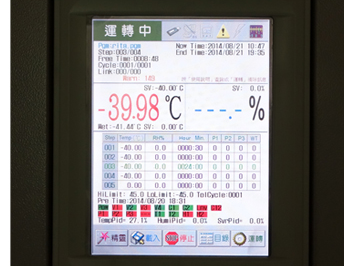 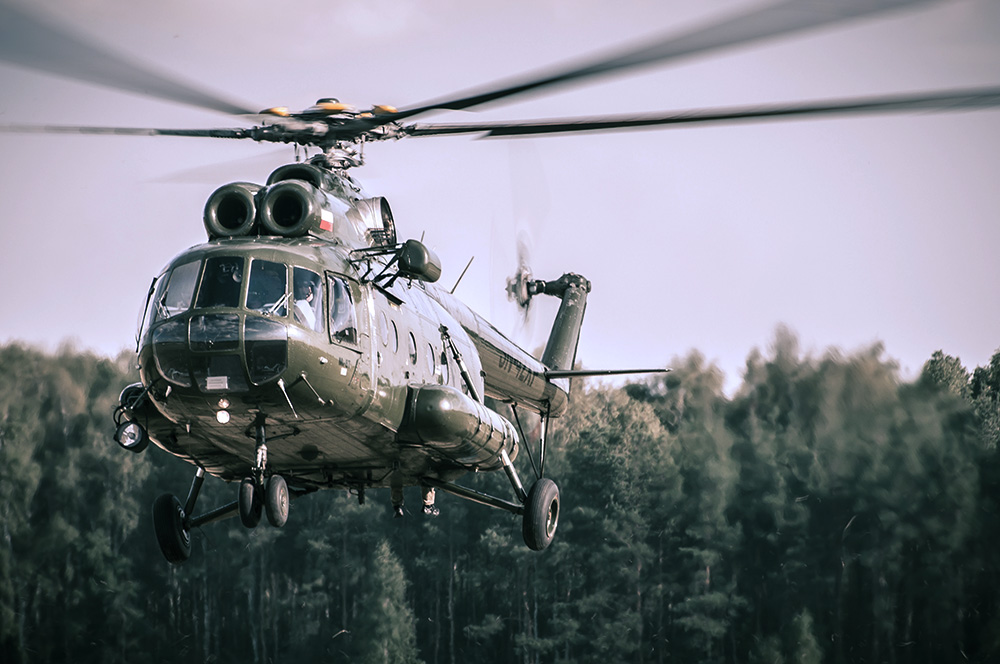 7starlake's modular mission computer has mechanical feature for mounting in horizontal orientation, offering open architecture to maximize use of interoperability. For example, 7StarLake’s F1-30 series was designed as a stackable system. With the help of Stack connectors, F1-30 supports communication between diverse interfaces, such as COM, CAN, SATA, Gigabit Ethernet…etc. Whatever you need, just stack it up, hence it's highly configurable to specific requirements. Founded on such an open structure, it is an optimum choice for mission computing, demanding graphics generation applications, and GPU-accelerated data processing.

Owning maximum compatibility with the most popular PCIe/104 modules, F1-30 is an ideal choice for those, who are looking for flexibility and scalability. For instance, by using MXM GPU Module Carrier our customers are able to upgrade GPU easily; If customers need much more storage or numerous LAN port for data transmission, F1-30 also supports SSD and LAN Module expansion.

MIL-STD-461 is a military standard that establishes the control of electromagnetic interference (EMI) emissions and susceptibility characteristics of electronic, electrical & electromechanical equipment and subsystems for military equipment. EMI encompasses any undesired signals, “noise”, generated by electronic equipment. Keeping EMI under control is crucial for military applications, because if it’s out of control, the military will be detected by the enemy and it might cause a great loss. To design a product that meets strict requirements, engineers should possess extensive knowledge of both electrical and mechanical design to avoid unintentional generation, propagation and reception of electromagnetic energy, which may cause unwanted effects, for example, physical damage in operational equipment. 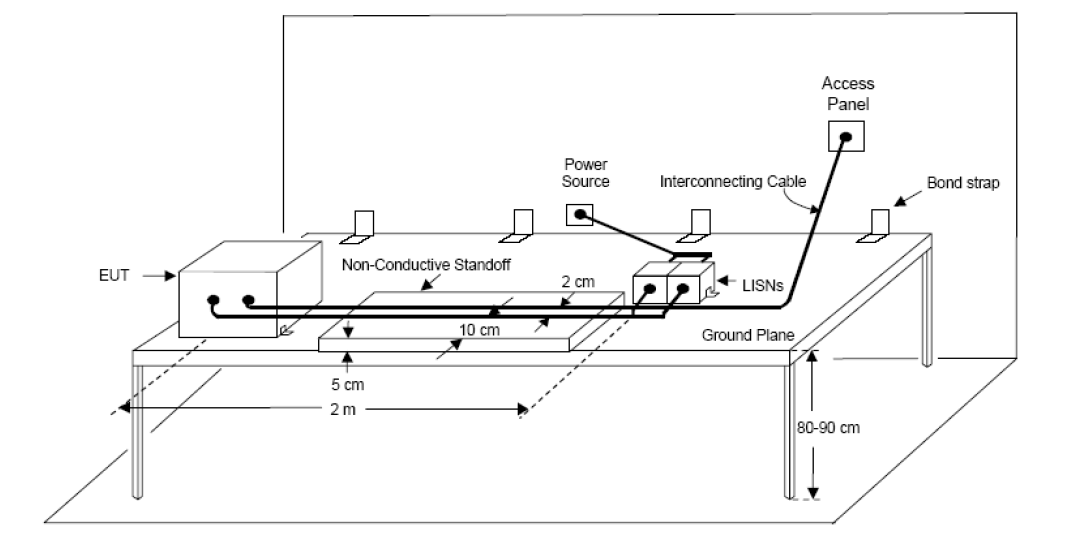 One of the hardest challenges met during development is managing to design a rugged, protected, power-efficient design within limited available space. As a leading military computers’ producer, 7starlake designed products compliant with not only MIL-STD-810 and MIL-STD-461, but also MIL-STD 1275. MIL-STD 1275 is an military standard that defines a series of test conditions to be applied in various military vehicles, including electromagnetic compatibility (EMC), cranking/starting mode, and operating mode from battery and generator-only operation with their associated spikes, surges and operating limits. By adopting MIL-STD 1275 compliant products, users don’t need to worry about potential risk caused by power system.