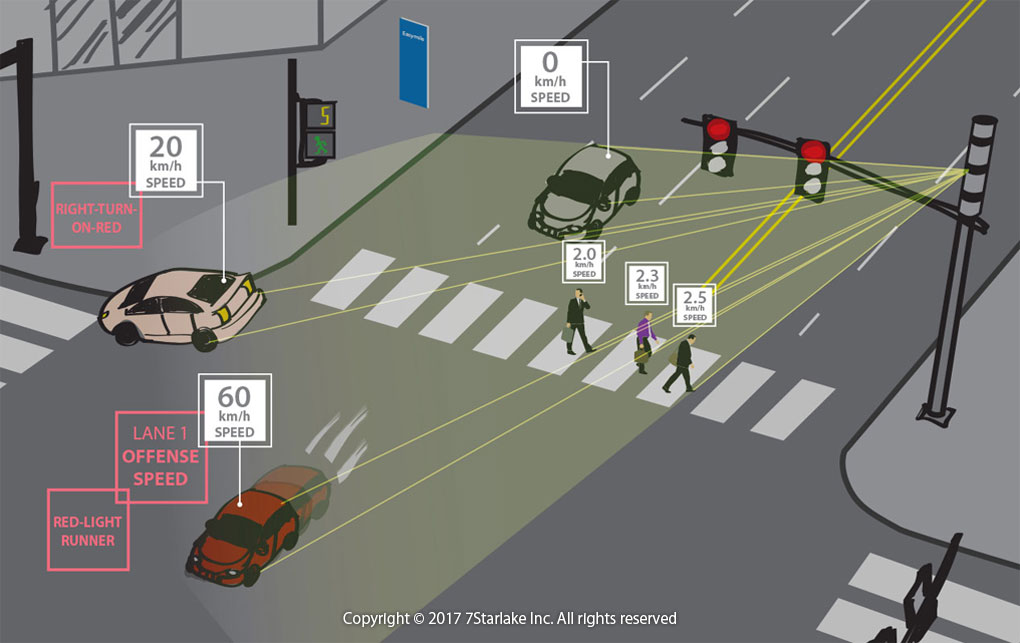 For current banning, appeals often exist due to lacking of evidence of vehicle velocity. The installation of speed cameras, which provides relative velocity through digital video by capturing first and last speed for precise average velocity, is expected to reduce controversy.

3D lidar enforcement detects the speed of pedestrian and one step further determines whether to extend the time of red light or not. This function ensures the safety of pedestrian, especially for the elder, inconvenience and children. 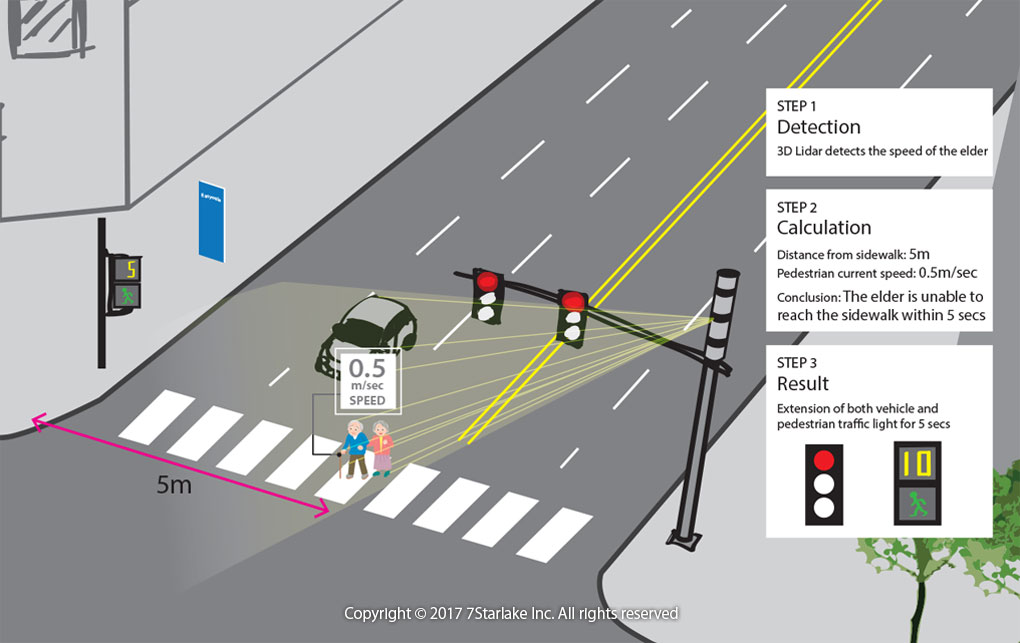 Lidar measuring technology detects, tracks, and clocks all vehicles on different lanes permanently and fully automatically. The surveillance system can perform outstandingly even in difficult settings such as curves and work zones. The construction work in the direct vicinity of the lane will not interfere with the measurement. Moreover, laser scanners are not affected by disrupting reflections from nearby surfaces, hence can be used safely at hazardous locations such as construction sites, tunnels, or streets with restricted visibility.

3D LIDAR Enforcement is expected to become an important solution for traffic surveillance and management system. Speed enforcement can even combine with red light enforcement to capture vehicles that run through yellow lights at dangerous high speed.